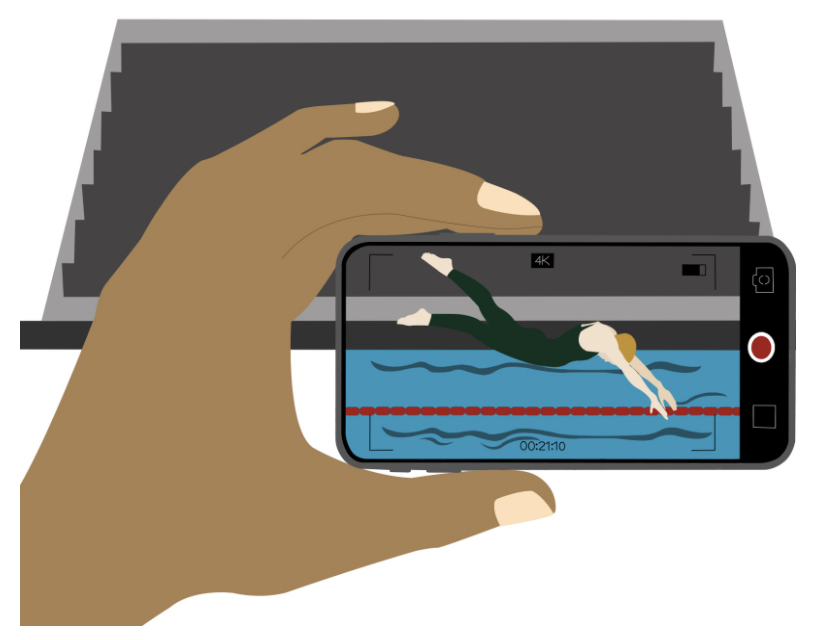 Prior to COVID-19, seas of students filled the stands of football games, roaring with excitement, cheering their school on while cheerleaders paraded on the sidelines, and the marching band blared their horns, fueling the contagious energy. Now, under quarantine, the field is eerily quiet, the bleachers look empty and desolate.

In response to the new Illinois High School Association (IHSA) spectator regulations regarding capacity size, Stevenson’s Athletic Office decided to work with Sports Broadcasting Club to start live streaming athletic competitions. To do this, they launched the Youtube channel Stevenson Patriot Athletics, which after hitting the required goal of 1000 subscribers, is now able to live stream competitions. They hope to expand the YouTube channel in the future to also include a variety of different sports content such as interviews and highlights.

While undergoing this transition, the Athletic Office has met its fair share of difficulties. One of the major difficulties being the rapidly changing schedules and regulations of sports.

“Everything has been crazy in the Athletic Office right now with all the sports going full force within the past two weeks,” Athletic Director Jeff Blezien said. “We don’t have schedules for some of the sports yet because we didn’t know when they were gonna play, or if they were going to have the opportunity to play.”

Not only were most sports severely altered and postponed, but spectators were more or less banned for every sport. Even though low-risk sports such as swimming are allowing small groups of spectators, a packed crowd like previous years is out of the question, and many loved ones are unable to watch their children or relatives compete due to the risk of COVID-19.

Even though there were doubts about whether or not sports and sports broadcasting would take place earlier in the year, the importance of this transition to webcasting is only highlighted as students return to their respective sports. Although it will never be the same as in-person, students see the merit of broadcasting online.

“I would definitely prefer that people are in person, however, now it’s still great what the YouTube channel is doing because now, my friends and family can watch me swim again,” Brian Povilus ’22, a Stevenson varsity swimmer, said.

Despite the disconnect spectator social distancing has created between athletes and their audience, athletes such as Povillus appreciate online streaming as a way to bridge this divide. Given that the streams are open to all audiences, it also provides an opportunity for a larger audience to view Stevenson sports.

Athletes are not the only ones who appreciate the transition. J.J. Greenberg ’22, an executive board member of Sports Broadcasting Club, believes the change has financial benefits as well since the service is now free.

“There are definitely some benefits to YouTube [streaming matches] because you don’t have to pay, compared to the 10 dollars before,” Greenberg said. “It makes it more accessible for the students.”

Not only does the free nature of the transition attract more students to cheer for athletes and watch the streams, but the convenience of being able to join and leave at any time may also create more audience participation.

Social distancing guidelines have created many barriers for students and faculty alike, one of many being the lack of audience during school sports. The transition to online broadcasting creates an opportunity for athletes to connect with the general public while showcasing their talents. As this form of streaming continues to develop, the Stevenson Athletic Office hopes to gain more traction with this idea.

“But eventually, once things get back to normal, our plan is to try and grow it to have more things with coaches, athletes, and things like that throughout,” Blezien said. “So it’s going to grow.”