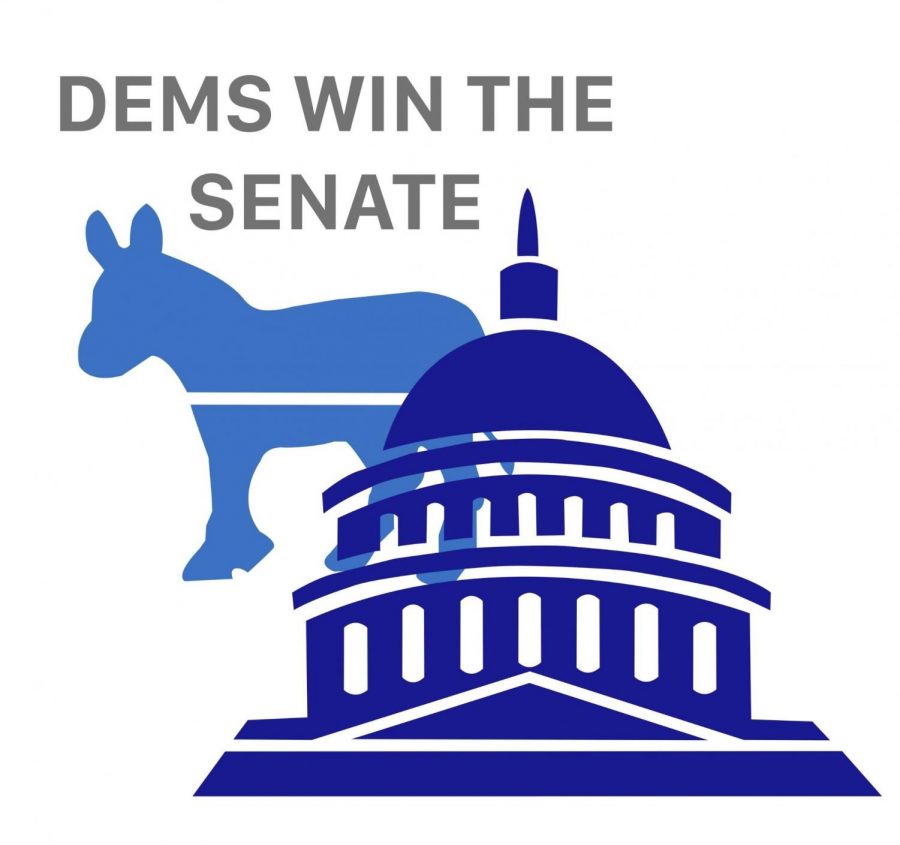 As ballots were counted in the aftermath of the November election, it was clear that President-elect Joe Biden would take the White House in January, and the Democrats would hold the House. However, the U.S. Senate was left undecided. Both Georgia Republicans failed to meet the 50% requirement to win their Senate seats, causing the race to be decided by a runoff on January 5.

In the regularly scheduled election, Democratic challenger Jon Ossoff, 33, and incumbent Republican David Perdue, 71, qualified for the runoff. Ossoff ran on a platform of increasing the minimum wage, improving health care and protecting both Roe v. Wade and Social Security. Perdue ran on a platform of law and order, raising defense spending, beating COVID-19, reopening schools and reopening the economy.

In the special election to fill former Republican Senator Johnny Iskason’s seat, Democratic candidate Raphael Warnock and incumbent Republican Kelly Loeffler ran against one another. Warnock, 51, is a pastor and politician who ran on a platform advocating for expanding health care coverage for Georgians, criminal justice reform and tackling climate change. Kelly Loeffler, 50, ran on a platform advocating for small business owners and farmers and restoring Washington’s conservative values.

Despite running in separate elections, Ossoff and Warnock teamed up and worked together to campaign. They ran on a combined slogan of “health, jobs, and justice.” In addition to their combined campaigning, they also received a lot of support from President-elect Joe Biden, and Vice President-elect Kamala Harris, who campaigned for them in Georgia multiple times.

Echoing his statements during the November election, Trump’s false claims of fraud continued during the runoff. Trump tweeted his complaints regarding the Georgia election by saying there were “big voter dumps against Republican candidates.”

For the Biden administration, these wins signify Democratic control in D.C., which will allow them to fulfill their agenda with less difficulty. The House of Representatives will have a Democratic Majority of 222-211. The Senate will be tied 50-50, with Vice President Kamala Harris being the tie-breaker: 51-50. 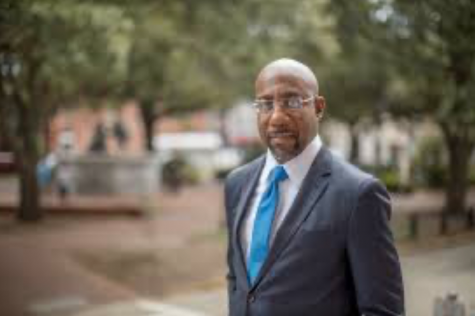 When the two Democratic Senators-elect are sworn in, Ossoff will be the youngest senator to be elected sinc

e Biden himself in 1973. Warnock will be the first African American elected to represent Georgia in the U.S. Senate, marking another historical landmark in an election full of firsts. Senate Minority Leader Chuck Schumer will soon be the Majority Leader as the newly voted in senators flip the Senate.

Both Senator-elects posted victory speeches on January 6 on their social media. On the same day, Biden and Vice President-elect Kamala Harris offered congratulations, mentioning their excitement working with the new Democratic-led government.

“The 82-year-old hands that used to pick somebody else’s cotton went to the polls and picked her youngest son to be a United States senator,” Warnock, referring to his mother, said. In Ossoff’s victory speech, he promised his devotion to his public service saying, “I’ll be for you.”