As upcoming and past primaries thin out the Democratic presidential field even further, the role of voters and teenagers in political processes becomes more apparent 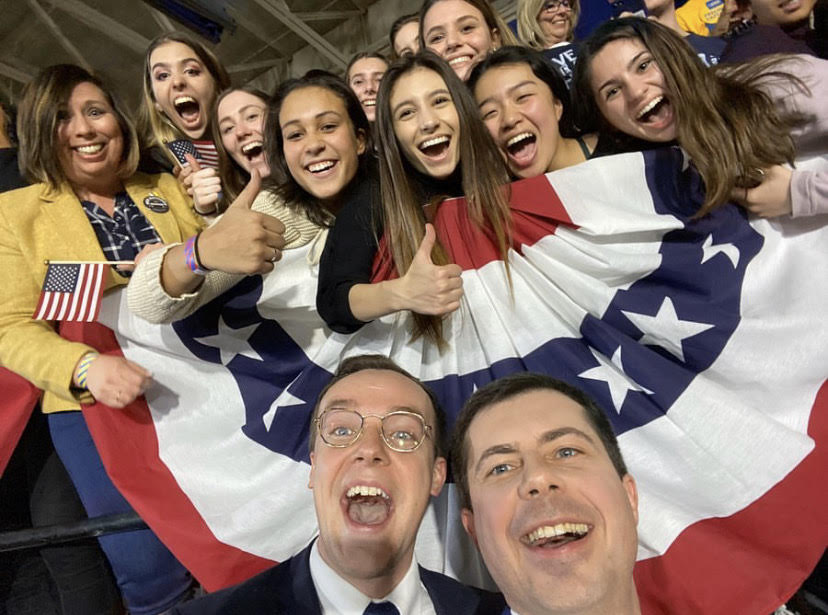 On November 4th, 2019, there were a total of 17 candidates running for the Democratic presidential nomination. Three months later, on the day of the Iowa Caucus, only five candidates moved on to the next primary in New Hampshire with the support of at least one delegate to advance their bids for President.

As the primaries and caucuses throughout the early voting states continue- with Bernie Sanders winning New Hampshire-the sustainability and future of each and every candidate is being called into question. This has caused some candidates to end their campaigns and others to double down on their efforts to prevail upon their competitors.

Involvement can occur at any age level, as demonstrated by a Political Action Club field trip taken by 25 Stevenson students during the Iowa Caucus. This trip, which was sponsored and chaperoned by social studies teacher and co-sponsor of the Political Action Club (PAC) Daniel Larsen, allowed students the opportunity to be involved in the caucuses of the candidate they favored most.

Larsen believes he was lucky to see kids getting involved in political processes. “Students have to realize they’re not just observers; they’re participants,” Larsen said. “Political involvement is just a matter of habit, and if they miss the vote at 18, the chance of them voting again till the age of 32 is very low.”

The shift towards increased youth involvement is echoed even by politicians from Illinois and 15 other states, who allow current 17 year olds to vote in their states’ primaries if they will turn 18 by Election Day in November. As a result, teenage involvement in politics is not only being incentivized but also recommended through both voting and volunteering at the primaries.

A major part of political involvement is education, which includes recognizing political leanings and policies. Of the top four candidates from the Iowa Caucus, Buttigieg and Biden are considered moderates, whereas Warren and Sanders are more left-leaning, with Sanders self-branding as a Democratic Socialist. Although their policies and other specifics are available on their campaign websites, many news organizations also organize this information into articles as a means of making citizens more aware of policies.

However, not every candidate has gotten equal coverage in the media, complaints of which have included their coverage in talk shows and their speaking time in prior debates.

There have also been complaints from Americans about media sources giving unfair coverage to certain candidates. The most recent example involves Andrew Yang, who dropped out of the 2020 race a week after the Iowa Caucus, receiving only one percent of the vote and zero delegates.

However, in August 2019 when Yang was still in the race, many of his supporters started the #YangMediaBlackout movement where they protested what they believed to be unfair coverage of Yang by mainstream news sources that culminated in a petition with over 3000 signatures arguing for equal coverage in the media.  Other examples of under-representation include complaints of unfair coverage by former candidate Williamson and Sanders, both of which occurred in late 2019.

Some people believe this is not only due to the political leanings of many popular news sites but also the popularity of certain candidates from the beginning of their candidates. Jasmine Zhang ’20, one of the students involved in the field trip to the Iowa Caucus, believes that it is most important for citizens to recognize bias and flaws due to such disparities.

“We need to keep in mind that much of the time, left-leaning news sources will not report good things that the President has done,” Zhang said. “This isn’t about supporting or opposing Trump; it’s more or less about understanding that the media is very biased sometimes and we need to be conscious of that when we read something.”

Another factor that some believe to have shifted media involvement or coverage in the 2020 Democratic candidate race was the timing of Trump’s impeachment. This was because of the requirement that Senators remain in D.C. during the trial, which occurred in the weeks before the Iowa caucuses, forcing them away from campaigning during this time.

Individuals like Aniket Dixit ’21, a member of the PAC who also was involved in the trip to the Iowa Caucus, believes this negatively impacted the coverage of the campaign trail, although it might not have changed public opinion of the candidates.

“The entire process drew attention away from the campaign and hurt the candidates who are also senators (Bernie and Warren) while giving Biden and Buttigieg an advantage, which really didn’t seem to matter in the end,” Dixit said.

Although the political chaos of an impeachment trial occurring during an election year has ended, the problems regarding politics have not completely diminished, which is shown most recently by the problems with counting votes in Iowa. This delayed the results of that caucus by almost 48 hours from what was expected by citizens and even the candidates themselves.

By using an untested app called Shadow meant to count votes, the Democratic Party chose to take a risk that resulted in unanswered questions and criticism of both the Democratic leadership and overall election voting system in America today. This was a topic addressed in the February debates in New Hampshire, where seven candidates took the stage to fight for their policies.

Although the Democratic field has thinned considerably in the past year and the Republican candidate is all but set, multiple popular candidates remain; anything could happen to change the final decision from now until the July Milwaukee convention, when the Democratic party’s presidential candidate is announced.

“Politics affect everyone, even those who can’t vote,” Dixit said. “Especially for high schoolers, the next few years are going to determine a lot for our future, so now is the time to get involved.”