Staffer's rundown of expectations for the 2019-20 Boys Basketball Season. 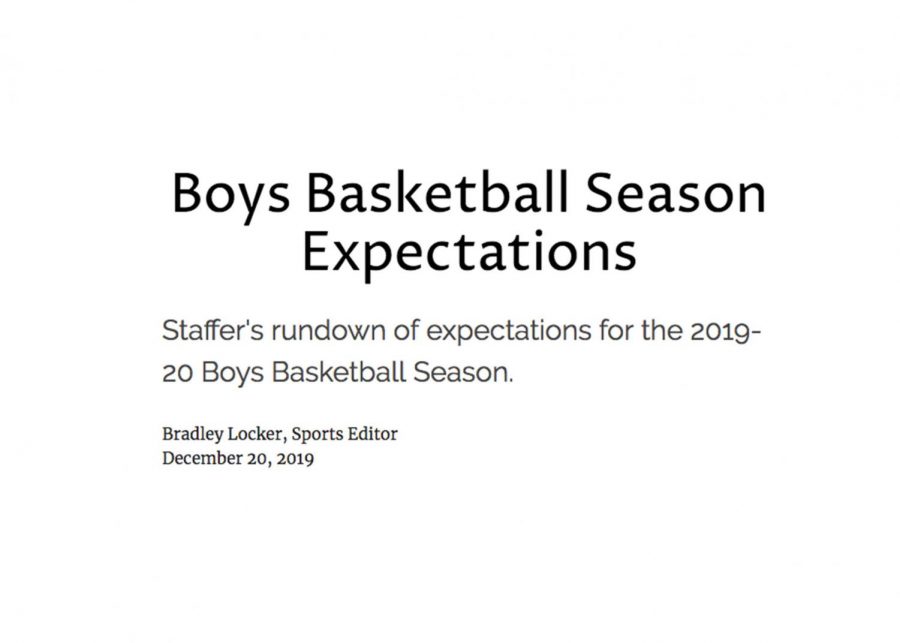 The buzzer blared five years ago in Peoria, Illinois. It was all over.

And five campaigns since that unforgettable moment, the Patriots could be well on their way to another title.

For Brunson, things have changed greatly since he hoisted the IHSA First Place trophy in Peoria Civic Center. The Villanova product currently starts for the Dallas Mavericks alongside stars Luka Doncic and Kristaps Porzingis; Brunson’s Patriot jersey was retired last winter in a one-of-a-kind moment.

But for Stevenson coach Pat Ambrose, the 2015 legacy lives on today—in fact, in the form of his current squad.

Last year, the Patriots seemed primed for another deep playoff run after finishing 27-5, good for first place in the North Suburban Conference. And Ambrose did enjoy an exciting finish—just not how the team had hoped.

In the 2018 SuperSectional contest at Sears Centre Arena in Hoffman Estates, Stevenson fell to Evanston 57-45 in matchup filled with both controversy and shock for a young Stevenson nucleus including Evan Ambrose ’21, Matt Ambrose ’20, John Ittounas ’20, R.J. Holmes ’20 and Matt Kaznikov ’20.

Despite the heartbreak that the  group had to swallow nearly 9 months ago, this more seasoned, savvy Stevenson team has developed into a better iteration of itself—the sorrows of before have been long digested.

Before the Patriots’ first tip-off against Elk Grove in the Ed Molitor Thanksgiving Tournament—which they won altogether—Stevenson slotted fourth in the Associated Press’ Illinois Class 4A rankings. Moreover, Stevenson is seeded as one of the four best squads in the upcoming Hinsdale Central Holiday Classic.

Thus far, Ambrose’s core has lived up to its promise. The green and gold are 9-1 and will play a multitude of upcoming games inside the Stevenson Sports Center—where eager fans are just as ravenous for playoff vengeance as is the Patriot starting five.

Likewise, Stevenson should benefit from a weaker NSC this year. After finishing 28-6 and pushing the Patriots to the brink in 2018—including three air-tight matchups that the Patriots won—the Waukegan Bulldogs have already matched their number of losses from a year ago and have yet to prevail in a game.

However, Stevenson’s road to Peoria will not be a cakewalk. The Mundelein Mustangs should pose great competition, especially after adding former Patriot starter Trey Baker via transfer.

In terms of the games that could make or break this season, circle January 10th and February 14th on your calendars. Both will be duels between the Mustangs and the Patriots; it is easy to envision such outcomes deciding the 2019 North Suburban Conference title.

With unforgettable memories of the past still in his mind, 2020 Illinois Basketball Coaches Association Hall of Fame inductee Coach Ambrose is, once again, on the precipice of greatness.

This current Stevenson team can shoot especially well; their game near the basket is excellent with Holmes; and, most importantly, this unit has moxie, tenacity and chemistry.

So, Patriot faithful, buckle up—this may be a season that makes Brunson smile all the way from American Airlines Center.