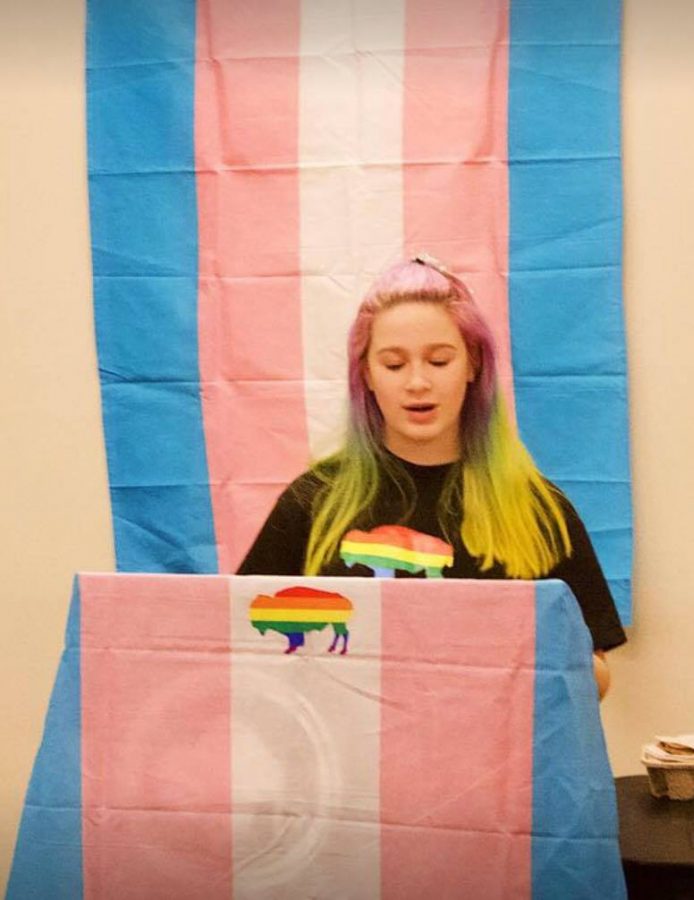 As 12-year old Molly Pinta drove home with her mother, District 96 teacher Carolyn Pinta, she felt a spark of inspiration. Still amazed by the Aurora Pride Parade she had just attended, Molly, who had recently come out to her family as a lesbian, asked her mother if they could bring a similar event to the Buffalo Grove area. Shortly after, equipped with a Go-Fund Me page and a promotional video starring Molly, the Pinta Pride Project was born.

According to their website, the mission of the Pinta Pride Project is “to increase LGBT+ awareness within suburban communities,” which they have begun doing through sponsoring several events, including a National Coming Out Day Celebration in October and the upcoming LGBTQ Prom in May, as well as through the creation of a Facebook group. The BG Pride page currently has over 1,600 members, many of whom are either members of the LGBT+ community themselves, or have family or friends who are.

“Everybody has somebody who’s gay in their family, or a friend who’s gay,” Carolyn said. “It touches all of us so it’s just a normal part of life.”

The organization is now planning for its biggest event of the year—the first annual pride parade in Buffalo Grove. This event will take place on June 2, and will be the result of months of fundraising and volunteer recruiting efforts. The Pinta family hopes that this parade will bring awareness to the LGBT+ community and create community-wide conversations.

“People are afraid of what they don’t know,” Molly, now a seventh-grader at Twin Groves Middle School, said. “If they can learn from a parade or from events, then maybe they can be less scared and more understanding.”

Despite initial concerns regarding the safety of publicly coming out, both of Molly’s parents recognized that due to her age and passion, Molly would be able to serve as an effective face for the project. Still, the family feels fortunate to have been met mainly with love and acceptance from the local community. In fact, the majority of criticisms the project has received have been concerns over where the funding for the parade is coming from— the answer to which is from fundraising and donations, and not from taxpayer money as some have feared.

Additionally, both Carolyn and husband Bob Pinta, a math teacher at Stevenson, have had to find the balance between their work with the non-profit and their teaching. Although Mr. Pinta acknowledges that a background in teaching provides organizational skills that are helpful in running the business side of the charity, he must be sure not to let his outside work influence or affect his teaching, as support of the LGBT+ community can be seen as taking a political stance in the classroom. He channels these experiences instead into trying to create a safe, supportive environment for all students, hoping to share the message that “it gets better.”

Molly, on the other hand, is able to use her voice to advocate for her cause both in her school’s Gay-Straight Alliance, as well in some classes. She was most recently asked to make a presentation to her social studies class during their activism unit.

Molly said that she looks forward to the day when queer individuals can feel safe being themselves in public. Likewise, her mother hopes for a world where being gay is seen as normal.

“We feel that the more this is out there, it just becomes normal,” Carolyn said. “It has to be changing. It just has to be a normal way of life.”