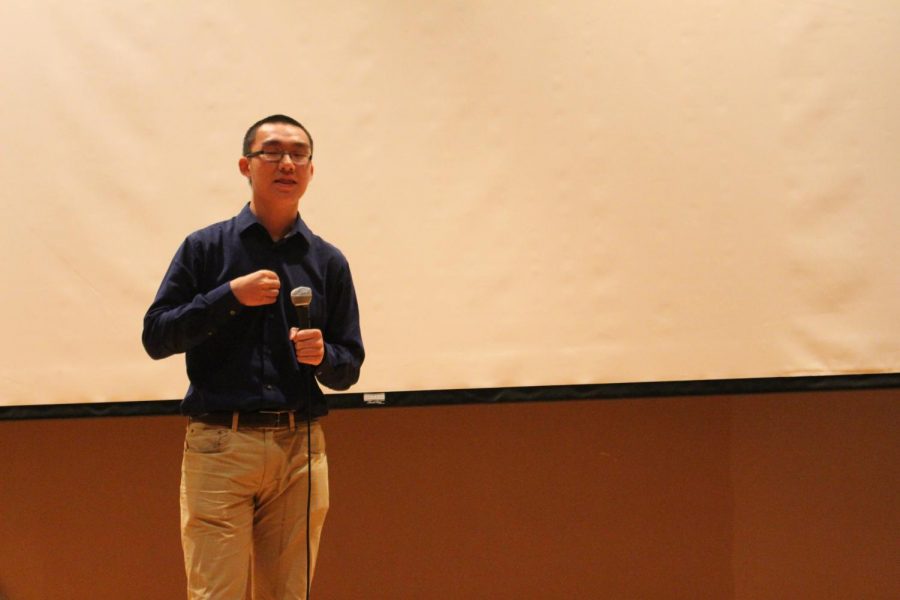 Stevenson’s very first TEDxYOUTH event was held on Sept. 7th in the Recital Hall where a selected group of students introduced their own ideas worth spreading. The eleven speakers from diverse backgrounds covered a wide range of topics, each of which portrayed a new way to look at life.

The TEDx event was initially arranged by several students interested in providing the Stevenson community with an enlightening opportunity to expand students’ worldviews. Event organizer Aarim Khan ‘19 said, “I thought there had to be a lot of life experiences at Stevenson and I wanted there to be some type of forum to discuss that.”

Aditi Singh ‘21 was one such speaker who took the opportunity to share her account of life, focusing on the topic of meditation. “When I meditate, the stressful situations don’t just go away, but I’m able to solve those problems with a much calmer mind,” Singh said. “I’m just glad that my message about overcoming hardships with meditation was easily conveyed to people through the TED talk.”

The TEDx event was more than a discussion platform for Singh, who felt that she grew as a person because of the event. “This was the first time I told anyone in my life, besides my own family, about the hardships I faced so it really gave me a purpose to spread my idea and it made me feel like people would actually care about what I had to say.”

As for the audience, the event represented a rich resource of unexplored ideas. Those who attended the event were given a chance to look at life through the different speakers’ lens and consider their experiences to spark a positive change in their own lives.

Despite the valuable experiences that TEDx brings for its participants and audience, its future is yet unclear due to the fact that all the student organizers will be graduating this year. Khan hopes that the event will continue in later years after the administration finds juniors willing to take over the event, or a club that can adopt the event to host it yearly.

“During the break of the event, I had a discussion with others about what really matters in life based off the previous talks, and people were genuinely engaged,” Khan said. “I think it would be really great if TEDxYouth became an annual event at Stevenson. It could be a huge thing in the PAC where hundreds of people would come.”