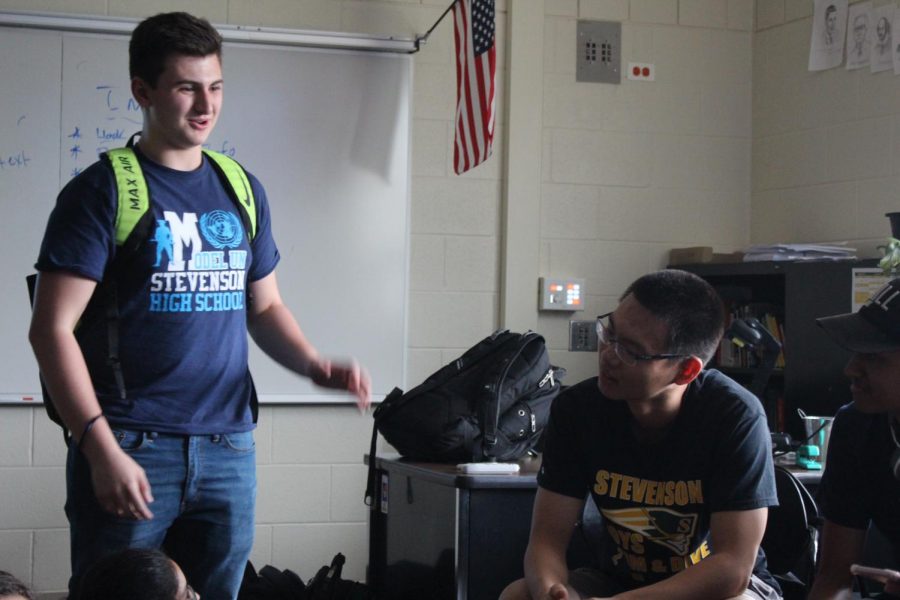 Sitting in circles, students take turns giving impromptu speeches about a topic the group suggests. In one circle, someone gives a passionate speech about how much he does not care about his assigned topic, the USSR. In another, one compares Gatorade flavors. They are being timed on how long they can talk without using filler words like “um.”

This is the Model United Nations, or Model UN, club’s first meeting. Model UN is a global organization that allows schools to compete in simulations of United Nations conferences as delegates from different countries.

“Model UN is a spoken word club,” club sponsor Andrew Conneen said. “We are similar to debate because of our research and argumentative skills, but another major skill we encompass is acting and collaboration. Really it’s debate and acting.”

An estimated 110 students attended the club’s first meeting. According to Conneen, this is the typical amount of interest in the club for the last couple of years.

Doogyul Lee ’21 said that the new members felt very energetic. Lee is a returning member of Model UN, and is glad to be back.

“Model UN as a club appeals in the sense that it lets you speak your mind and explore modern politics,” he said. “I get to talk with my friends about them. It’s very fun.”

Students are assigned scenarios and given time beforehand to thoroughly research their topic. Potential simulations range from fiction to history; in the past the club has done the Star Wars senate and the Treaty of Versailles.

“I would tremble when I had to speak [in front of a group],” Director of Education Mary Polupan ’19 said in the introductory presentation. Polupan and other students in the club’s executive board promise interested students that through club attendance and participation, they can grow more confident.

The club’s current focus is on preparing new students for the Stevenson Model United Nations Conference (SMUNC) on Sept. 15. SMUNC is the first Model UN conference in the region and is hosted by Stevenson. It’s considered a rookie training event to let new members practice and get a better sense of the competitive circuit.

“The club really embodies what a great social studies class is,” Conneen said. “It lets students develop their skills in researching, writing, speaking, and particularly collaborating and problem-solving.”