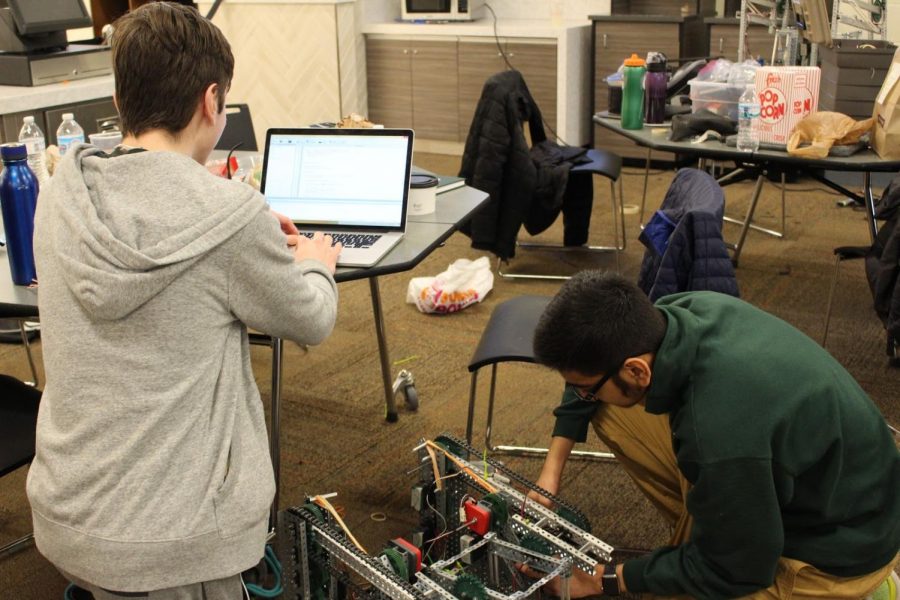 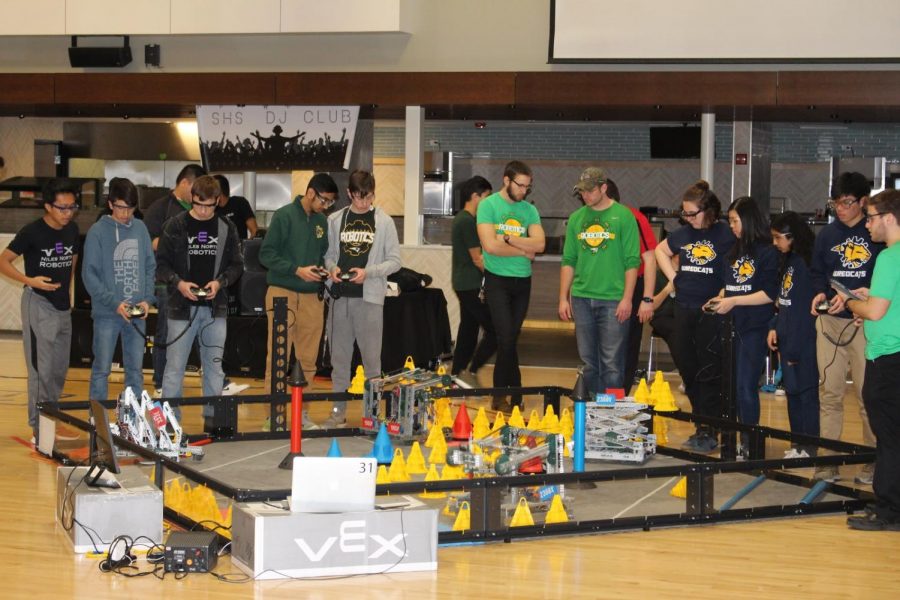 Stevenson VEX Robotics participants from “The Warm Refrigerators” compete in a match with their sponsors beside them. Teammates who are not physically controlling a robot help give instructions to those who are.

Stevenson’s VEX Robotics teams battled it out on Saturday, Jan. 27 at the State Championship Qualifier tournament. Teams have been preparing since the end of last April when this year’s challenge was released.

“Some teams were even working on their bots during the summer,” VEX Robotics sponsor Frank Radostits said. “We’re looking to qualify for State.”

As a club, VEX Robotics meets twice a week from 3:30-6:00 to work on their robots. The objective of the competition is to create a robot that best aligns with the mission of the challenge.

With 36 teams competing, Stevenson’s five teams didn’t have the odds in their favor. There was a qualifier round that chose eight teams to move onto the finals. The top six robots at the end of the tournament will be chosen to advance to the State competition at Niles North High School. The top six teams at the State competition will then advance to Worlds in Louisville, Kentucky to compete internationally.

With one team looking for an automatic qualification to Worlds, two of five teams have qualified for the State competition.

“I would say this was one of our most successful tournaments in the past three or four years,” VEX Robotics participant Husain Badri ’20 said.

“Chimera” and “PID PID Moose” will advance to the State competition on Feb. 24.